Arenas best things to see and do

Arenas and its almonds

Arenas, historical site of the Nasrid kingdom of Granada, in Axarquia

Arenas takes its name from the sand (la arena) that the river seco deposited in its surroundings. It is a village of Arab origin whose character can be seen in the narrow streets of this white village.

In this article, we will first discover the fortress of Bentomiz, with photos. Then we will briefly discuss the history of the village and the agricultural crops. At the end of the article, you will find all pics of the village.

The fortress of Bentomiz in Arenas

It is worth noting for the brave ones who go to the fortress that they will be rewarded. In addition to seeing the ruins, they will have a magnificent view of the Mediterranean Sea and the surrounding area. The easiest way to get there is via Algarrobo.
When we are in the fortress, we quickly understand its strategic importance for watching over the territory. It also offers panoramic views of the sea and on a clear day you can see the African coast.

It is an exceptional monument. Its origins have crossed several civilizations.

The site was first occupied by the Iberians, then by the Phoenicians, the Greeks and the Romans. Of the latter, the ruins of the ancient thermal baths remain in the fortress, with the 3 rooms of cold, warm and hot water, later used to make Arab baths.

The fortress of Bentomiz is the largest castle in the province of Malaga (36,000 square metres!)

On the ruins of this castle you can still see the battlements. 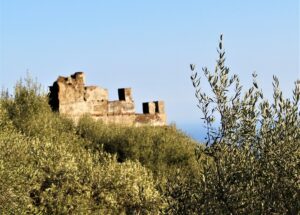 They are the only ones left from this period in the whole province. They date from the 11th century and were built under Abdallah ibn Buluggin, a king of Granada of the Zirid dynasty. The Zirids were a Berber tribe from Algeria who established the first kingdom of Granada, before the Almoravids (a Moroccan Berber tribe) took power.

Amongst the ruins, two aljibes (cisterns, water tanks) can be seen. An ochre colour can still be seen on the walls of these tanks. This was to preserve the drinking water and prevent it from rotting.

Finally, parts of the wall of the fortress of Bentomiz can still be seen. This fortress was one of the masterpieces of the Nasrid kingdom of Granada. It is about 1000 years old! 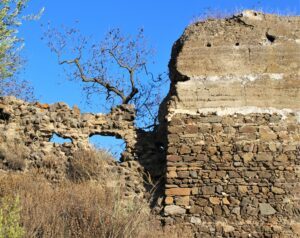 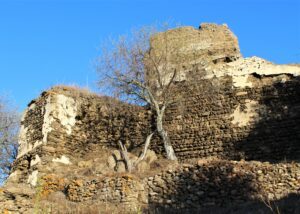 The village was known as Arenas del rey. It is in this village, in fact, that Ferdinand the Catholic, settled to prepare for the conquest of Velez-Malaga in 1487. Today, only a village in the province of Granada bears this name. It is Arenas del Rey in the comarca de Alhama, where you can see the only resinera ( old resin factory) in whole Andalucia.

All around Arenas there are fields of almond trees , olive trees and vines, as for centuries. With luck, you will even come across a chameleon. Arenas claims the capital of chameleon in Axarquia.

The surroundings with the hamlet of Daimalos (only 4 km away) are exceptional with panoramas of terraced crops and dry stone walling (los balates).

These dry stone walling were recognized as intangible heritage of humanity by UNESCO in 2017. It is an opportunity to realize that the fields, on the mountainside, are cultivated as centuries ago. The only tools are human hands and the mules and donkeys that accompany them, in particular to carry the grapes during the harvest.

It is a type of sustainable culture, which protects soils from erosion, perpetuates traditions, and maintain social life around the products.

Arenas and the almond blossom fields

A local guide offers to discover the fantastic almond blossom fields in terrace and the beautiful hamlet of Daimalos.

This tour is very rich and offers a spectacle of nature. But beware, this visit is only possible 2 months a year in January and February.

The guide will pick you up from the coast in Torre del Mar, Torrox or Nerja and drop you off after the visit at your place.

In this link find all details  – only during January and February – :

What to do in Arenas ?

In this link: find the 50 activities and experiences around Arenas

Where to sleep in Arenas ? 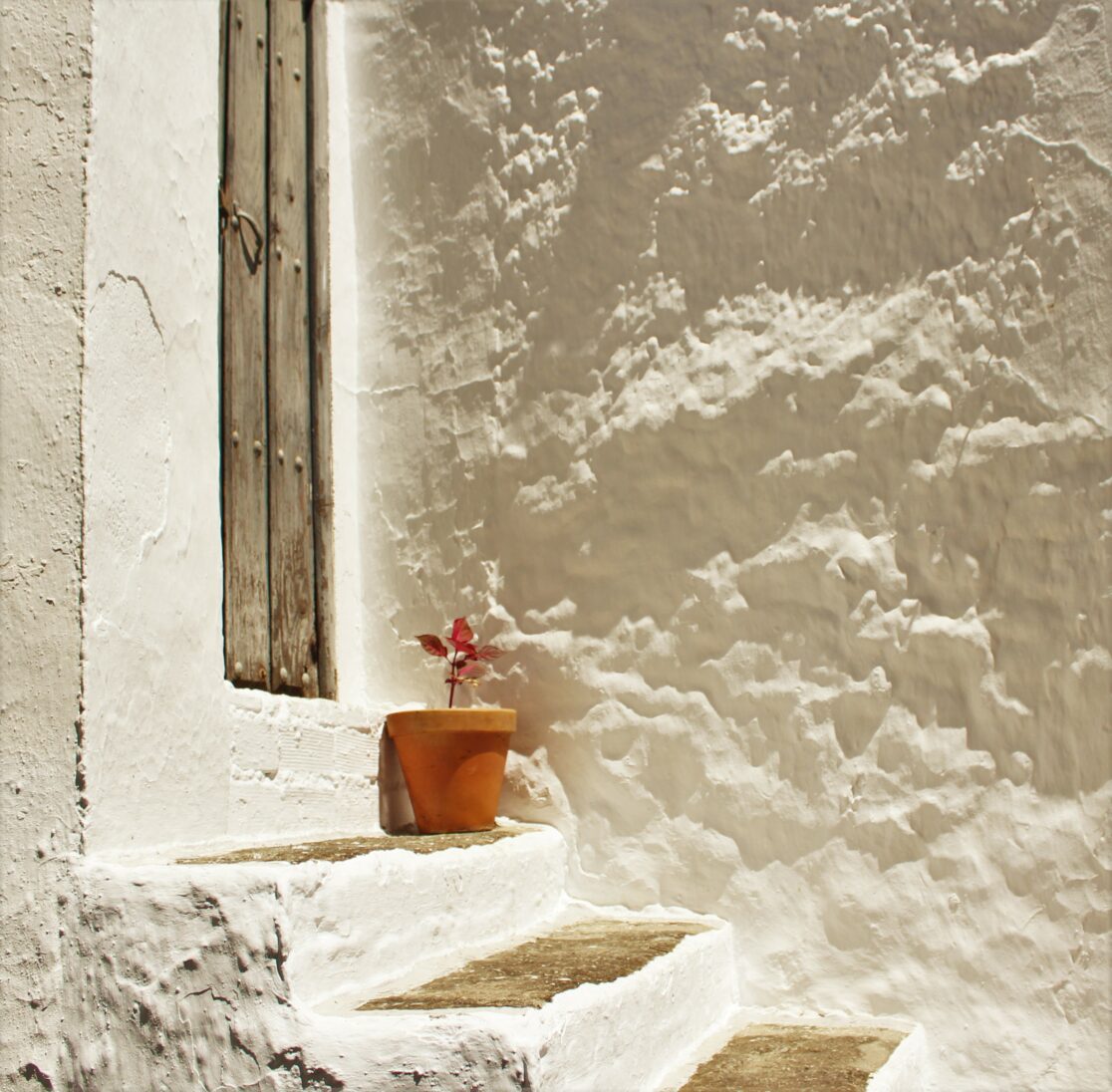 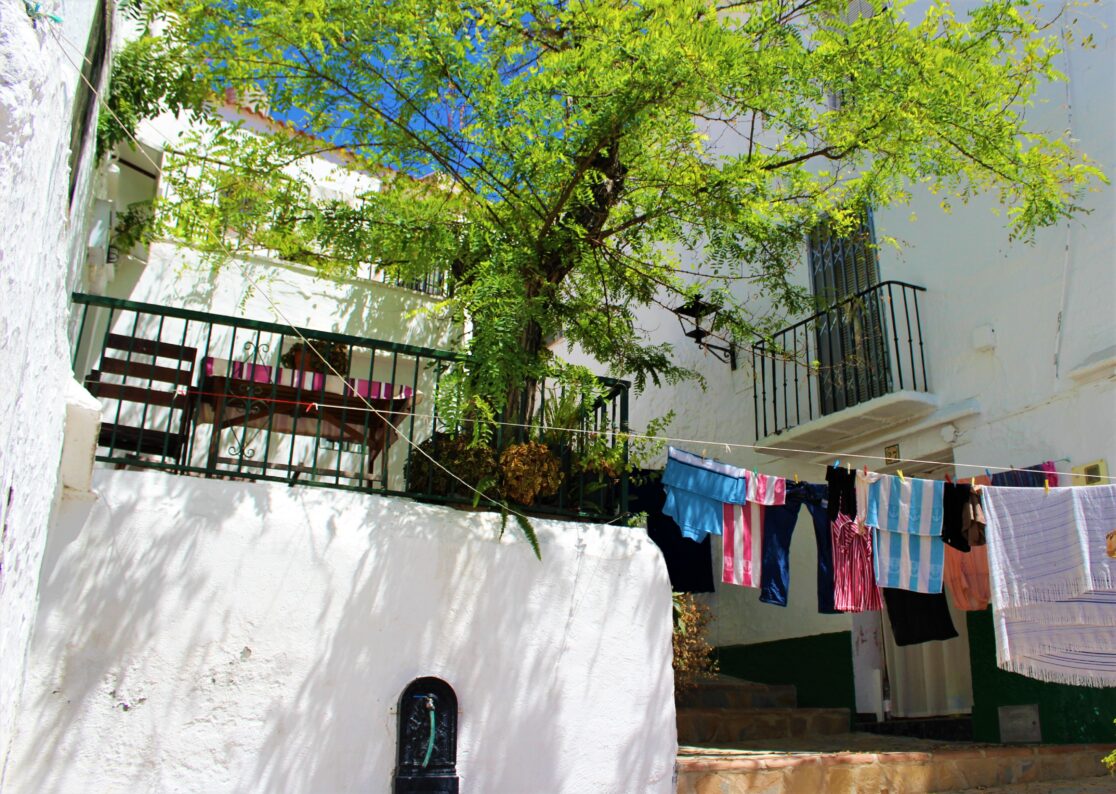 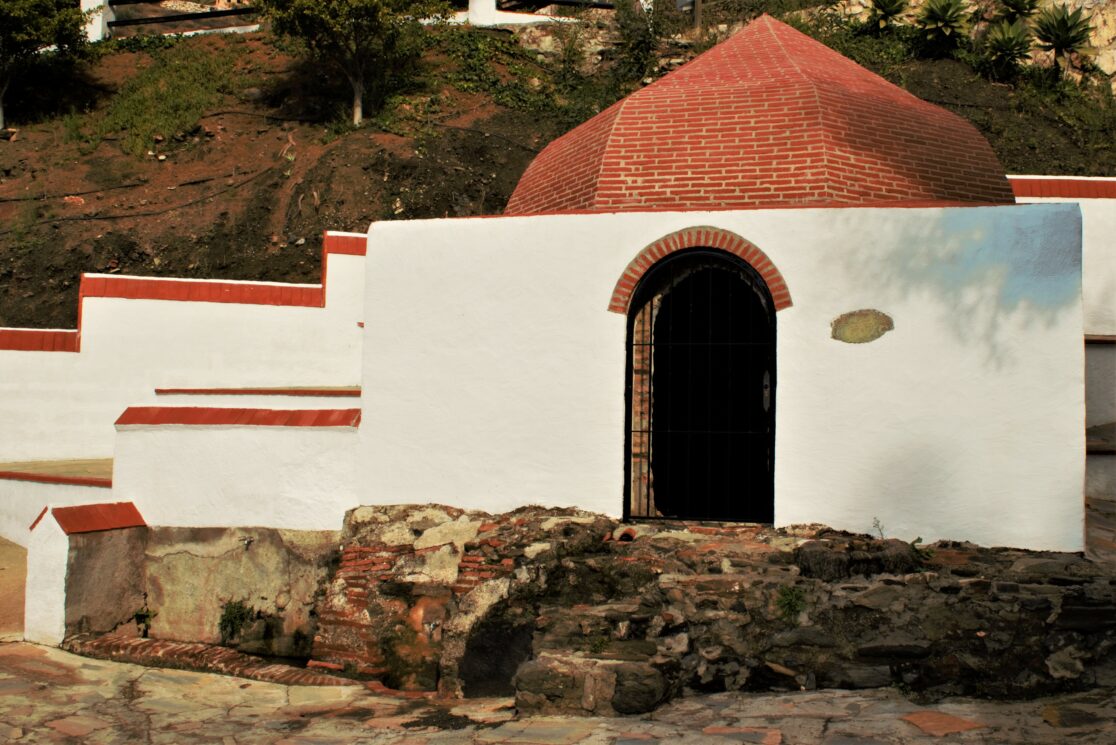 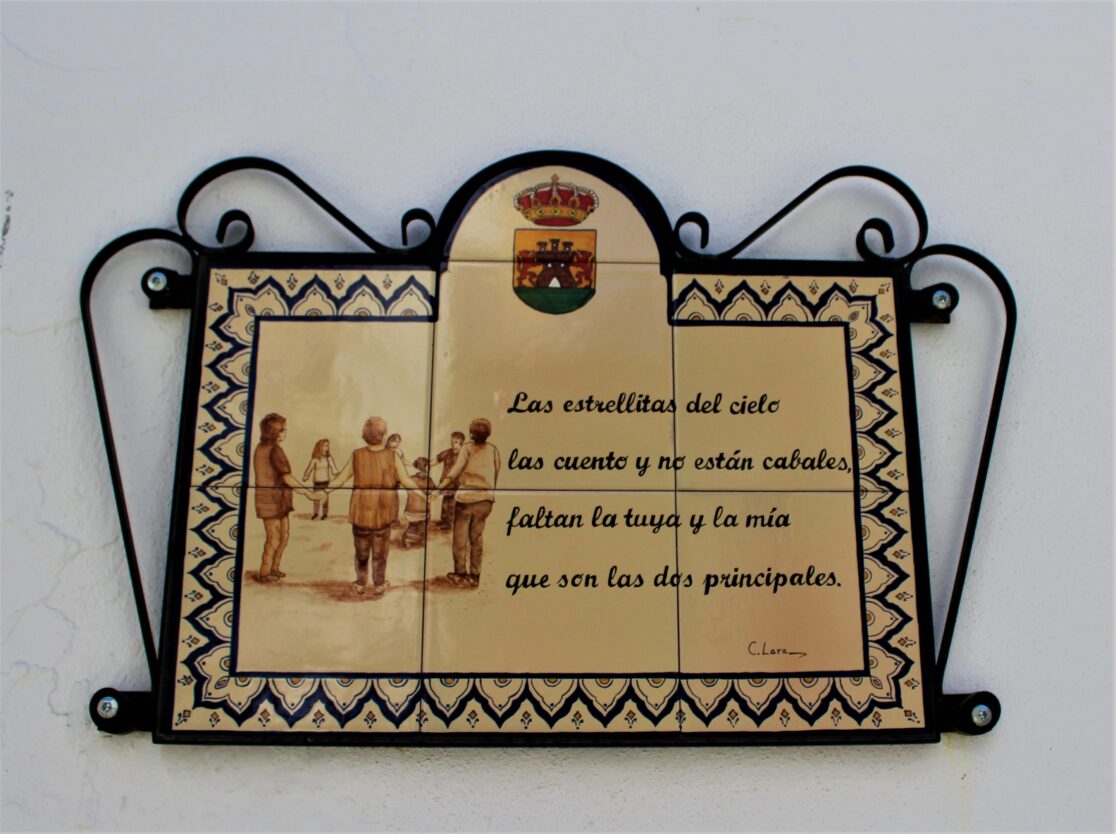 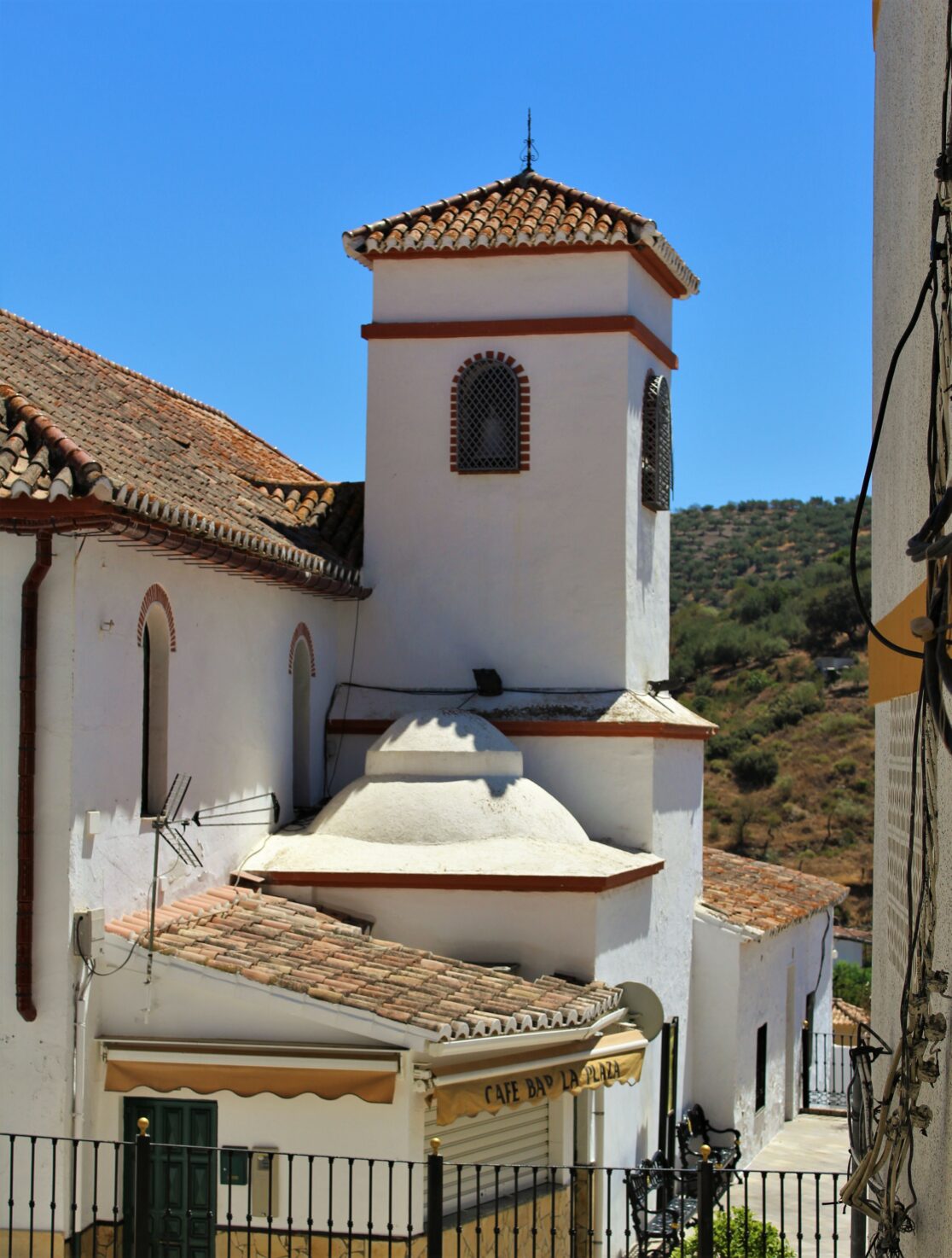 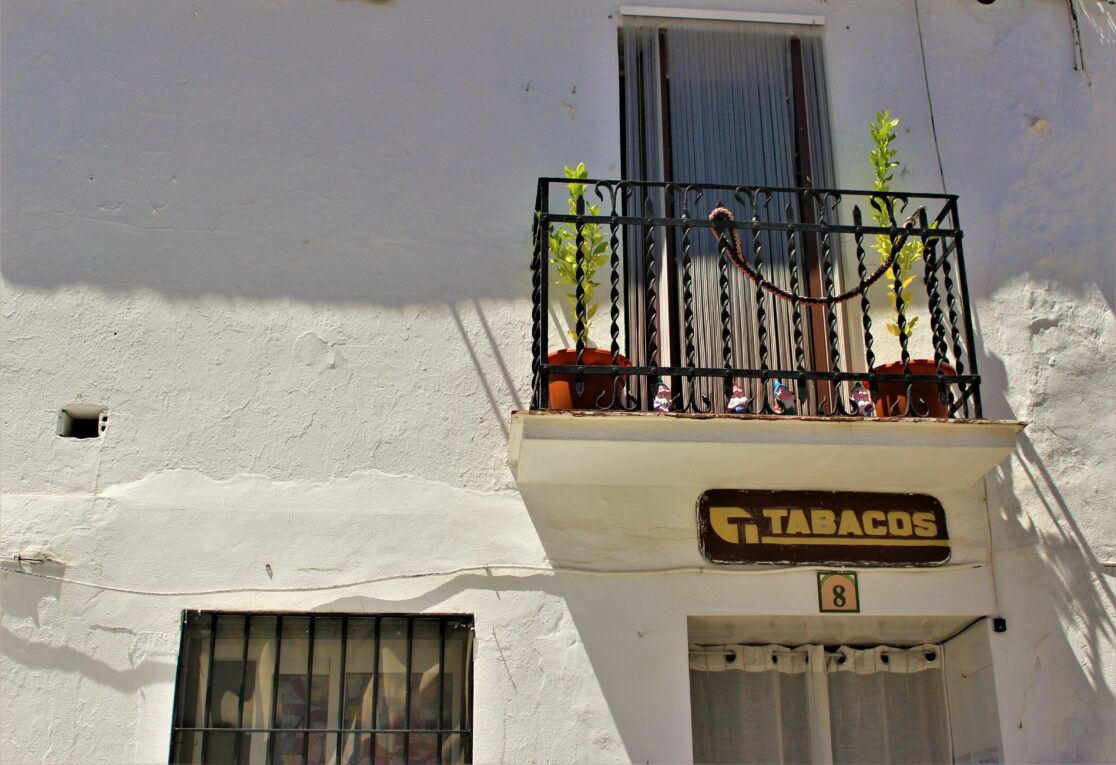 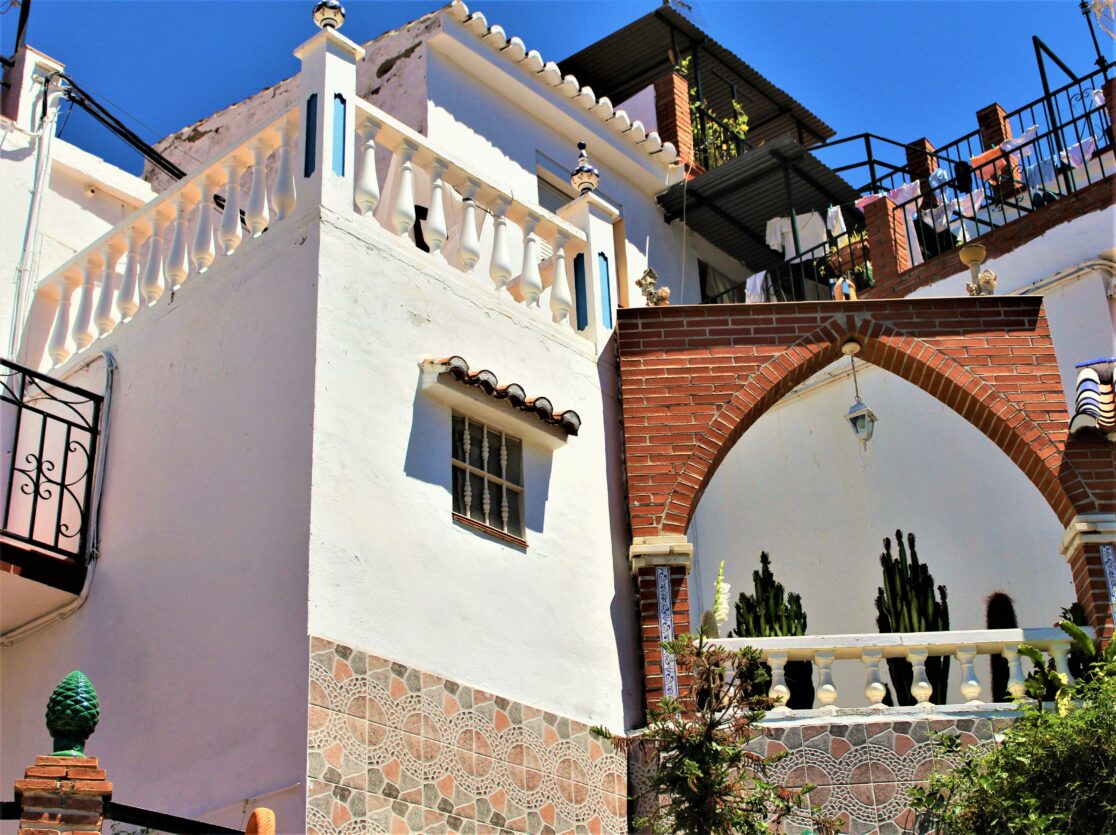 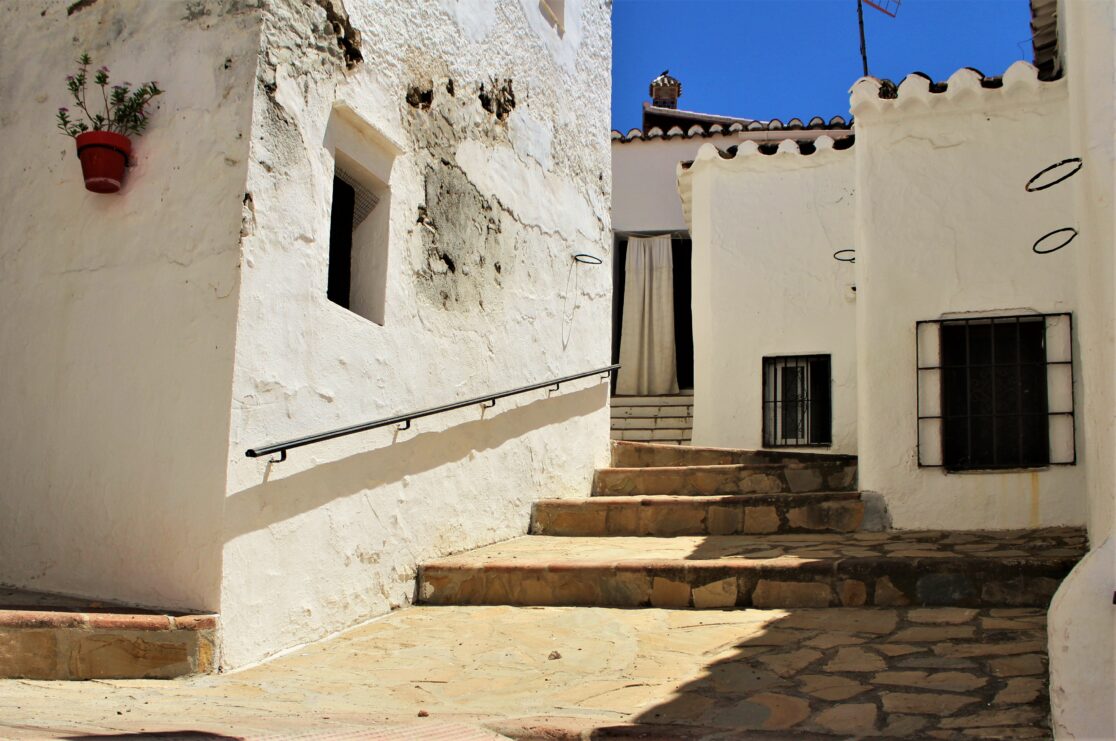 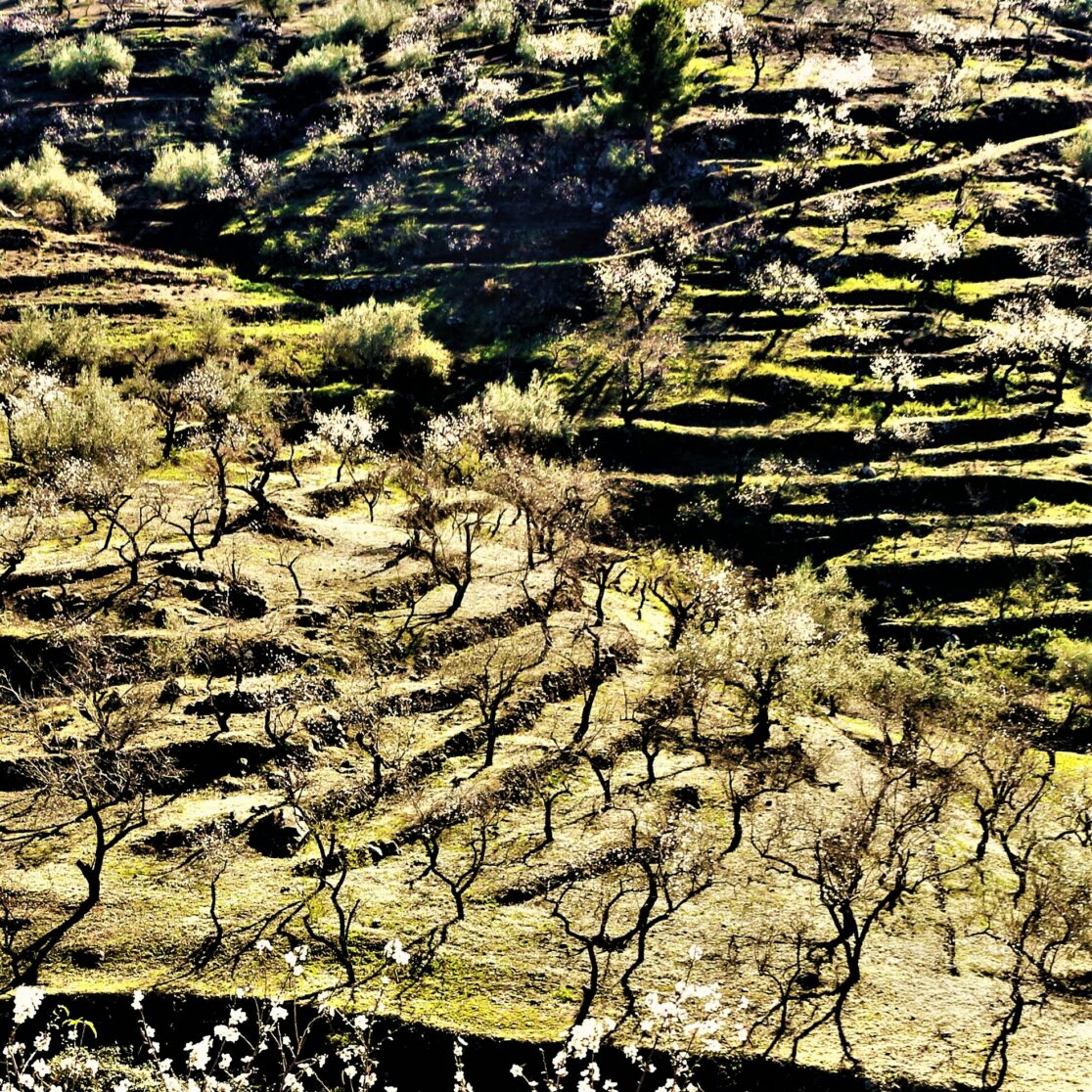 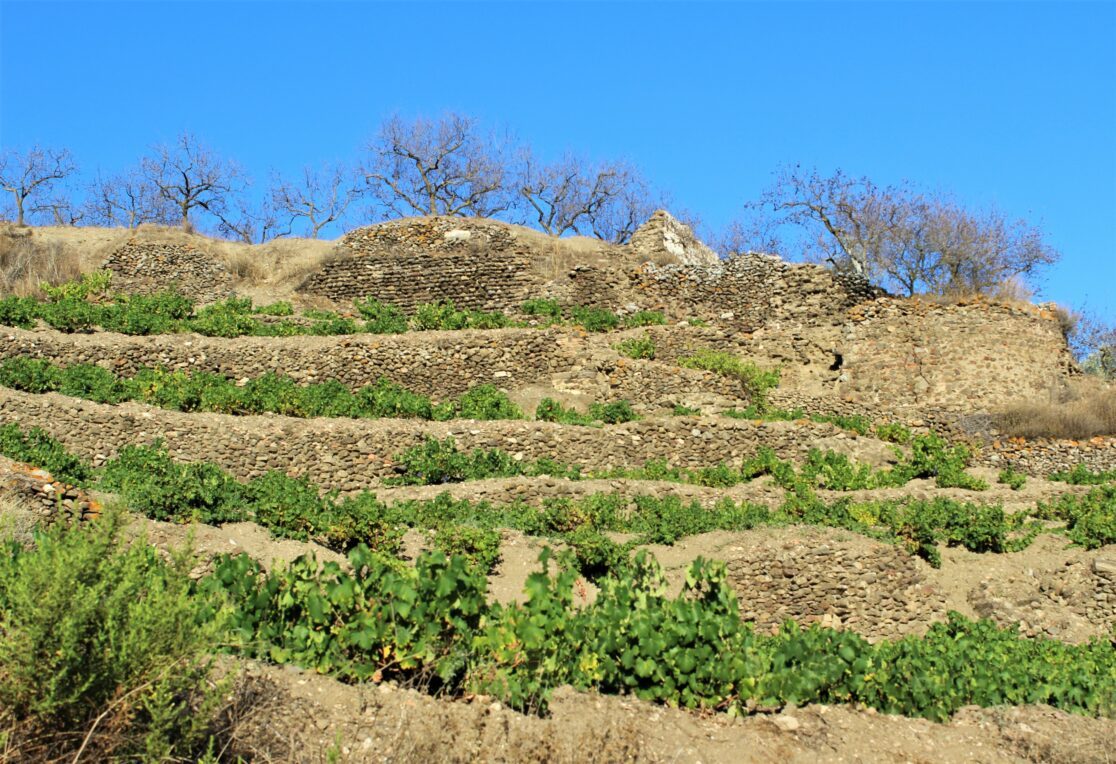 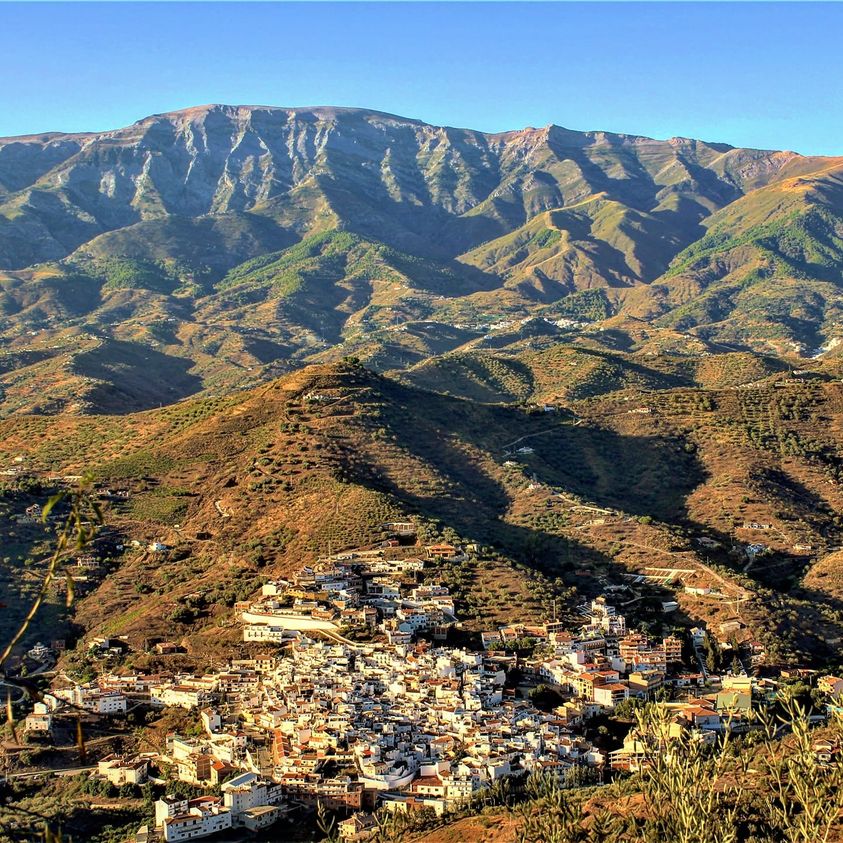 Are you planning to stay in Arenas ?

In this link : find offers for holiday homes, villas, guest houses in Arenas