The verdiales: a typical fandango from the province of Malaga

In this article you will find all the information you need to know about the Verdiales :

What are the verdiales?

The verdiales are: a very old musical culture which is a real delight to discover; all the more so as this folklore mixes history, celebration, culture, music and dance.

The Fiesta de Verdiales is one of the most deeply rooted cultural expressions in Malaga.

It is a musical genre (fandango) unique to the province of Málaga and especially to the small regions (comarcas) of : Valle del Guadalhorce, Montes de Malaga, and Axarquia.

The particularity of this musical and folkloric genre is that there are 3 different dance styles. These are the “Comares type”, the “Almogia type” and the “Montes type”.

The styles of verdiales

Special feature: it is the fastest of the three musical styles.

Special feature: this is the preferred style of the Malagueñas who like to dance it a lot and the tambourine has a much larger diameter than in the other styles.

Special feature: it is the richest musically speaking.

Below is a video of a panda de verdiales de Comares (the music starts a few seconds after the video starts):

The members of a group (panda) of verdiales

These groups of verdiales – called pandas – are composed of :

– and the mayor (alcalde, who acts as conductor),

The mayor’s wand is made of an olive branch and coloured threads.

– a flag bearer (abanderao) who carries an Andalusian flag or a patron saint.

The member of a panda and the supporter of Verdiales is usually called fiestero or tonto,

For the latter, it is a nickname linked to the fact that the Fiesta Mayor de Verdiales traditionally takes place on 28 December, the feast of the Santos Inocentes (Holy Innocents). This nickname also comes from the fact that, during the shows given in the farms, the pandas de verdiales gave the money collected to their parish instead of keeping it for themselves!

A use that has now disappeared:

At the end of the year (around 28 December) the Verdial pandas would go from farm to farm performing and collecting money for their parish. It was customary to ring a sea conch with coloured ribbons to signal the arrival of the group at neighbouring farms.

The word “verdiales” seems to derive its name from the province’s olive groves and in particular from the variety of olive grown in Axarquia: the verdial de Velez

This authentic tradition is in the process of being declared an asset of cultural and ethnological interest.

Here are the reasons:

Where to see verdiales ?

Located in the Montes de Málaga. It was a parish church until the middle of the 20th century and is loved by all Verdiales fans, as it houses their patron saint, the Virgen de los Dolores.

During Holy Week there is a procession to Ntra Sra de los Dolores on the first Sunday.

In the hermitage, there is even a dedicated area for fiesteros!

Location of the Ermita de verdiales

The Fiesta Mayor de Verdiales in Malaga on 28 December, the day of the Holy Innocents

Below is the poster for this celebration on 28 December 2022 in Malaga.

This is the biggest verdial festival of the year. It brings together all types of verdiales. The festival takes place on 28 December each year, on the day of the Holy Innocents.

It takes place in Malaga in the Parque Jiménez Díaz in Puerto de la Torre.

During this fiesta, prizes are awarded for the best:

The verdiales at the hermitage of las 3 cruces

It is a small hermitage located in the mountains of Álora, on the border of the municipalities of Almogîa, Álora and Cártama.

It dates from the 18th century. This hermitage is a temple with three naves, each corresponding to one of its three parishes (the three municipalities). However, it has been joined by that of Pizarra.

And today, four processions from these four municipalities meet in the “cruces de mayo” (crosses of May). Inside the hermitage, each village has a small altar.

In Axarquia, several villages have pandas de verdiales. This is a very lively folklore in several villages, which can be seen at many ferias and fiestas. Information can be found on the village pages below:

The most famous villages are (in these pages you will find a link to the festival of each of these villages) : 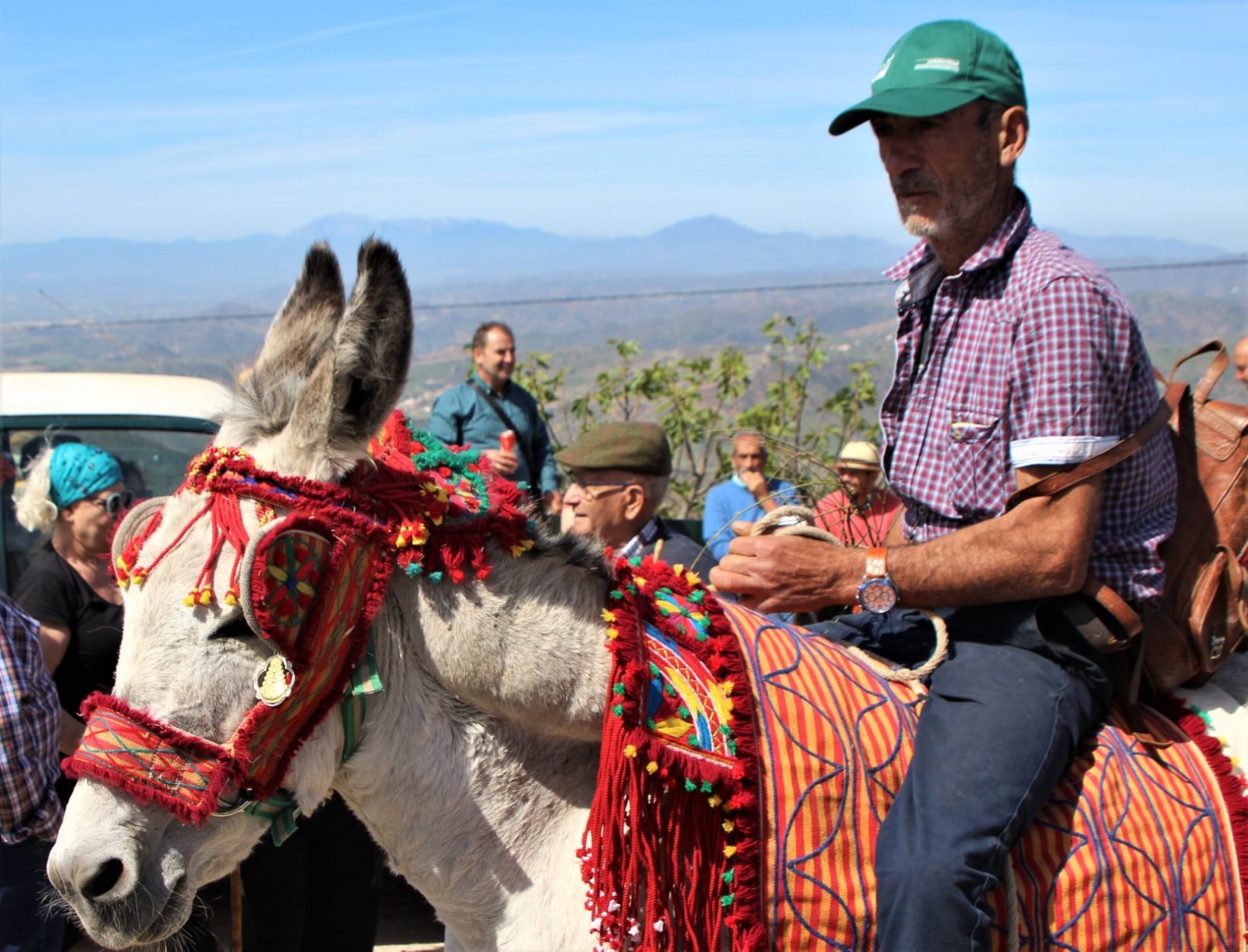 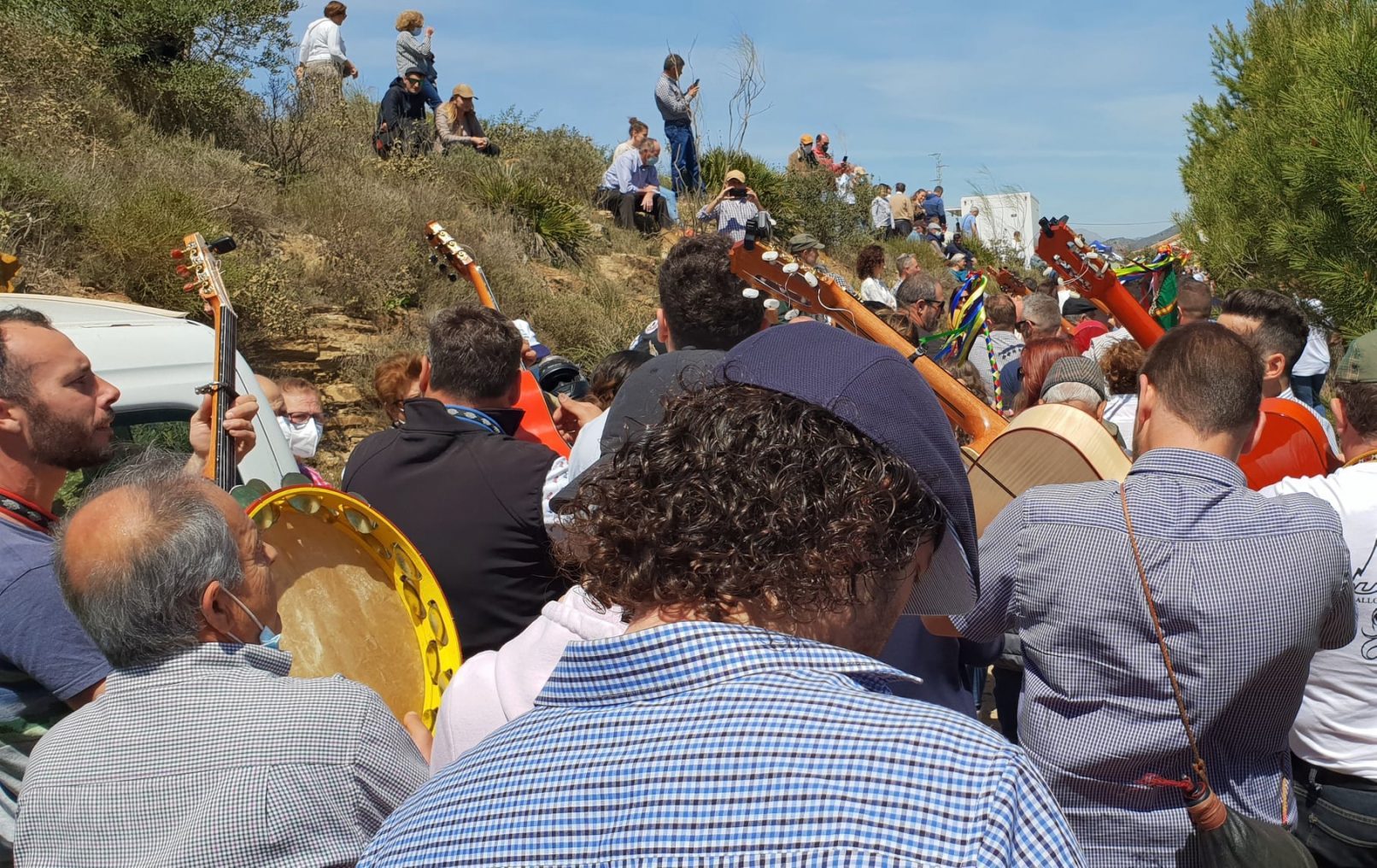 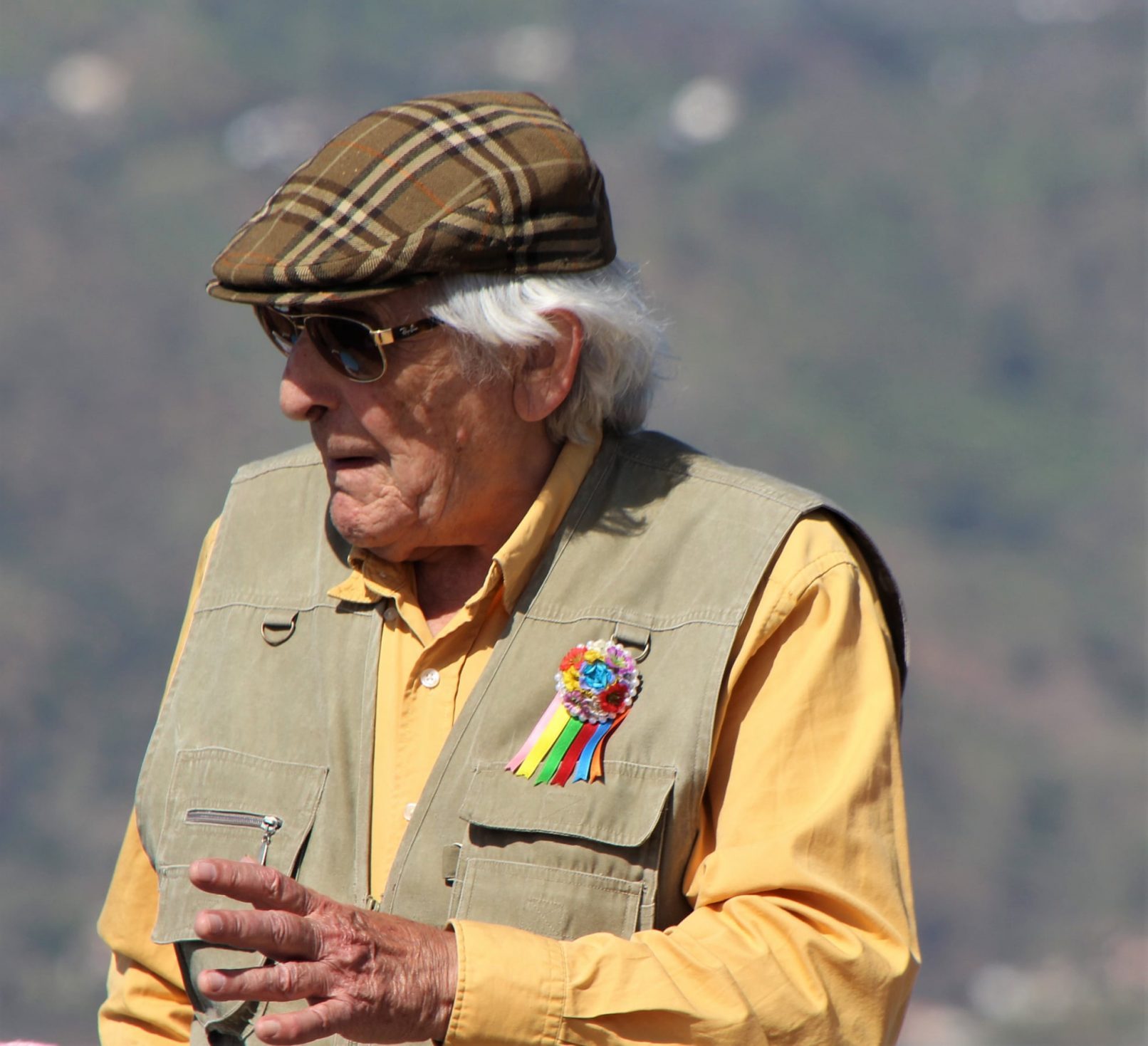 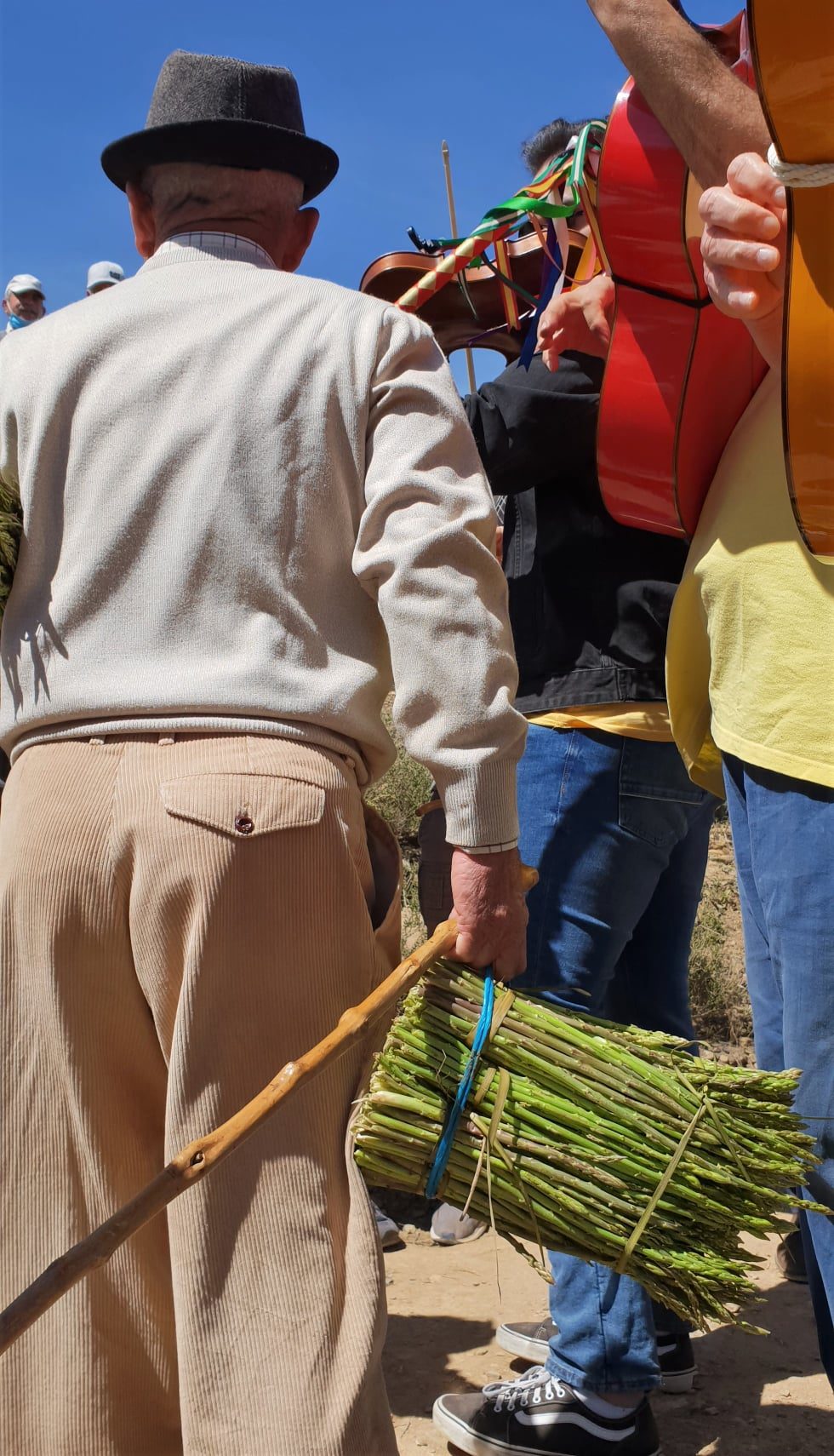 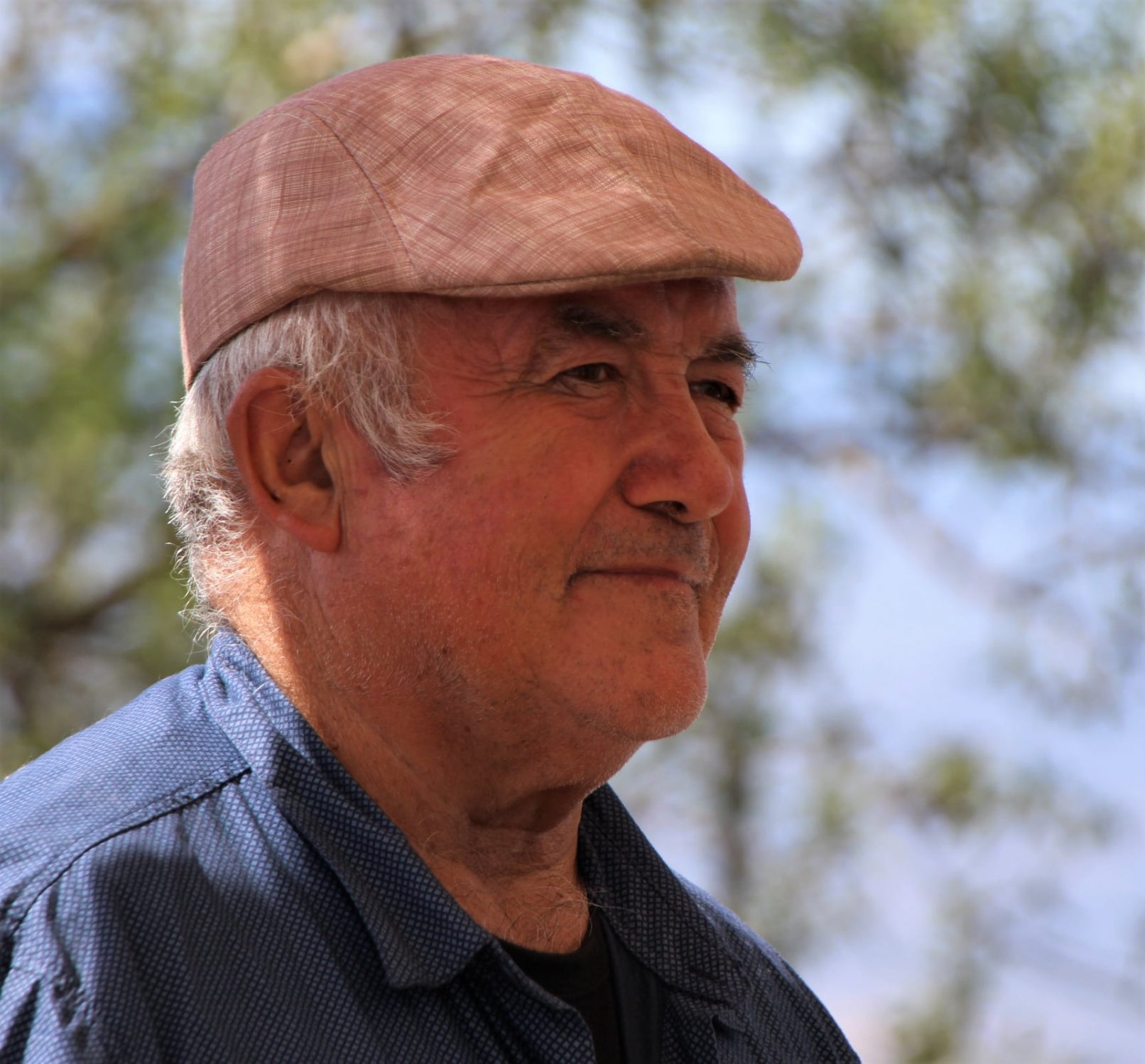 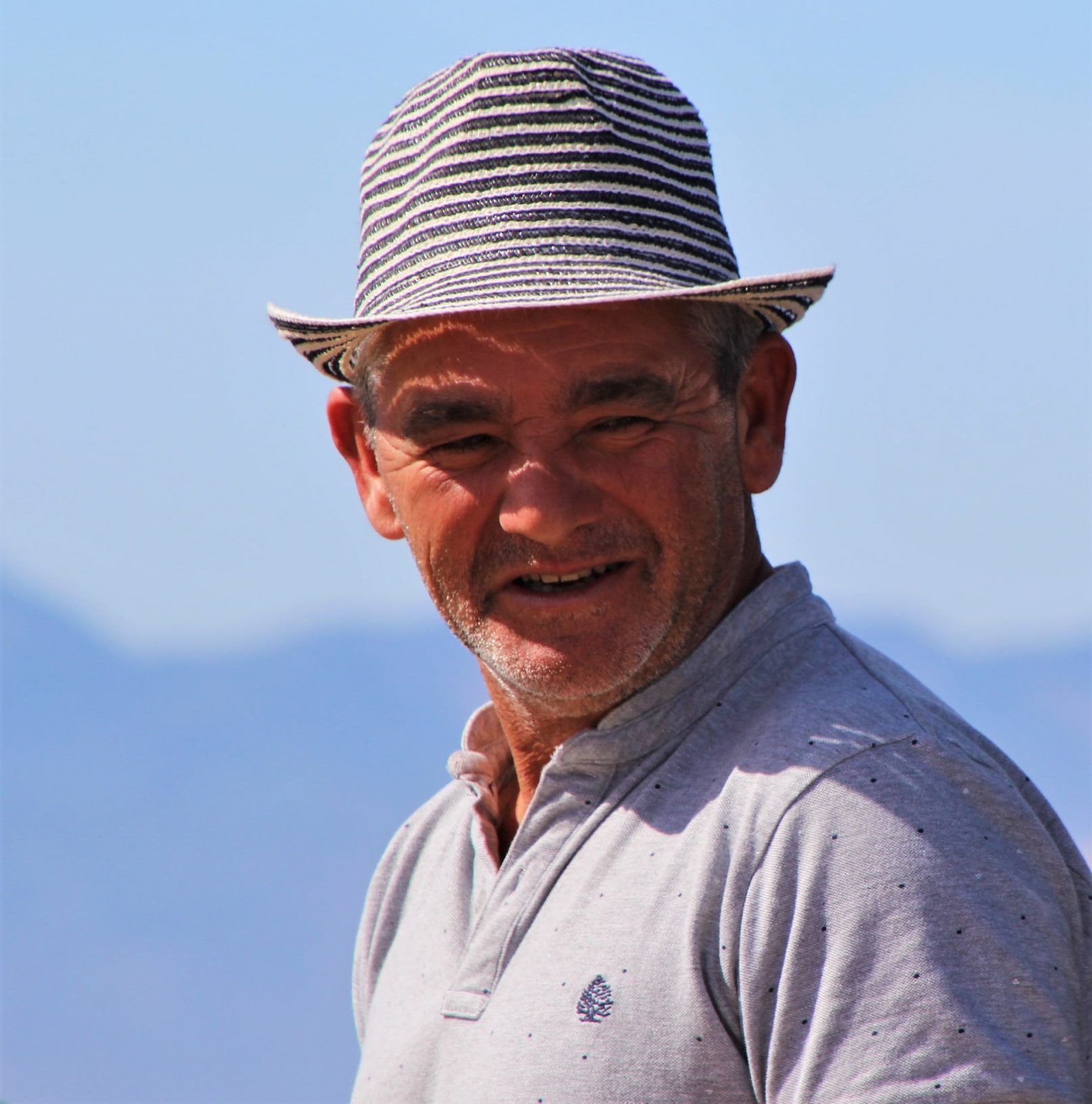 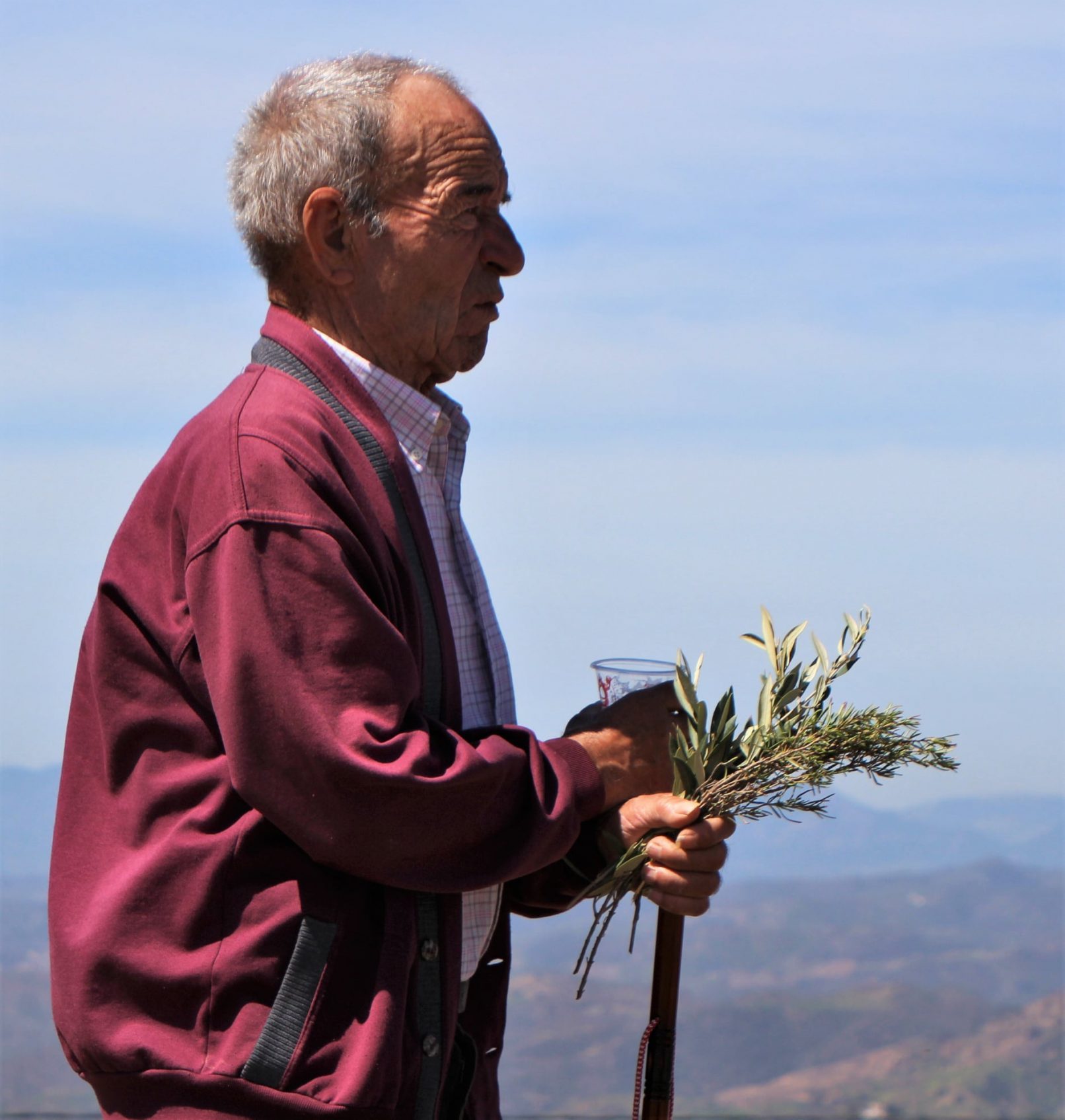